NASA Plans to Give SpaceX Some Company on the Moon 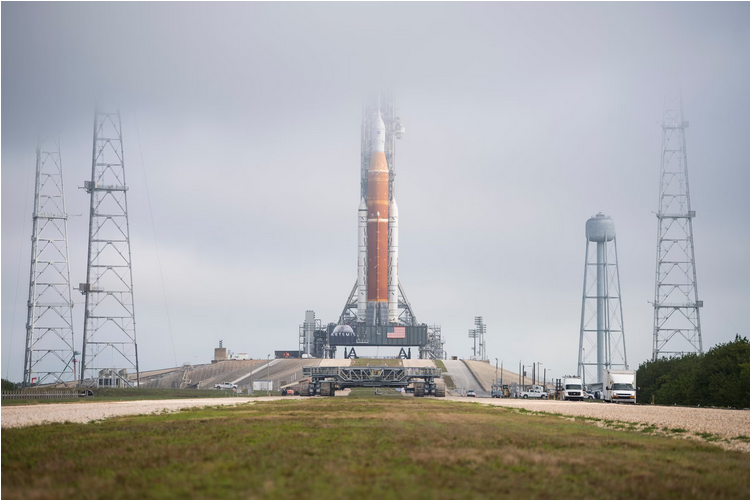 The agency will seek bids for future lunar landing spacecraft from companies other than SpaceX, which won the first contract to return American astronauts to the moon.

It won’t just be SpaceX going to the moon if NASA officials get their wish. That could be a boon to the space dreams of Jeff Bezos.

As part of Artemis, NASA’s program to send astronauts back to the moon, the agency in 2019 looked to hire two companies to provide the landers to take its astronauts from lunar orbit to the surface of the moon. But with insufficient financing from Congress, the agency decided in April last year to give just one contract, to SpaceX.

Other companies would have the opportunity to compete for future missions, NASA officials said.

On Wednesday, Bill Nelson, the NASA administrator, said the space agency would soon announce a competition to develop a second lunar lander.

“I promised competition,” Mr. Nelson said, “so here it is.”

The second company would share NASA’s moon missions — about one a year over the course of a decade or so — with SpaceX. “These are not isolated missions,” Mr. Nelson said. “Each is going to build on the past progress.”

Similar to SpaceX’s contract last year, the second company would receive financing for two landings — one without astronauts to demonstrate the abilities of the spacecraft, then a second mission with astronauts.

Jim Free, NASA’s associate administrator for exploration systems development, said the aim would be for a crewed mission to occur in 2026 or 2027.

The lunar landers follow NASA’s recent approach of seeking fixed-price contracts, setting certain requirements but encouraging innovation by allowing private companies to come up with their own designs to meet the agency’s needs and compete on price. That approach led to SpaceX’s capsule that ferries astronauts to and from the International Space Station. In the past, NASA generally led the development of rockets and spacecraft, and companies were paid to carry out the plans, usually at much higher costs.

Still, the plan for a second lunar lander hinges on Congress providing money to pay for it. Mr. Nelson said he would not discuss how much the program may cost until the president’s budget proposal for fiscal year 2023 is released early next week.

An artist’s concept of a SpaceX Starship spacecraft at the moon.

After SpaceX was named the only winner last year, the two companies that lost — Blue Origin, the rocket company started by Mr. Bezos, the founder of Amazon; and Dynetics, a defense contractor — filed protests with the federal Government Accountability Office. Blue Origin’s proposal was twice the price of SpaceX’s and Dynetics’ proposal was even higher.

The G.A.O. ruled against both companies.

Blue Origin and Dynetics now have a second chance, as do other companies that would like to submit proposals. Lisa Watson-Morgan, the manager for NASA’s human landing system program, said the agency planned to decide on a second lander by early next year.

In a statement, Dynetics said the company was “pleased to learn of NASA’s plans,” and was looking forward to reviewing the upcoming call for proposals.

The requirements for the second lander will be more ambitious — more cargo, longer stays on the surface — reflecting the desire for more ambitious missions on the moon.

In addition, NASA would negotiate with SpaceX under its existing contract to build a lander meeting the new requirements, Ms. Watson-Morgan said.

NASA’s journey to sending astronauts back to the moon has been long and winding, and the current 2025 target for adding new American footprints on the moon appears unrealistically optimistic.

Still, NASA has been making progress.

A giant rocket, the Space Launch System, is now finally at the launchpad at the Kennedy Space Center in Florida, although it will just sit there for now. Next month, NASA will conduct a dress rehearsal of a countdown — fueling the rocket but not igniting the engines. The rocket will then return to the Vehicle Assembly Building — essentially a huge tall garage for rockets — for final preparations of a crewless test launch called Artemis 1 that could occur as early as this summer. It would send a capsule, Orion, around the moon and back to Earth.

The second Artemis mission will be the first with astronauts riding inside the Orion crew capsule at the top of the S.L.S. rocket. That flight, which is penciled in for May 2024, would enter orbit around the moon before returning to Earth.

The first moon landing would occur no earlier than 2025, during Artemis 3. Four astronauts would again take an Orion capsule to lunar orbit where they would dock with the SpaceX Starship spacecraft, which will be there waiting for them. Two of the astronauts — the first woman and the first person of color, NASA says — would move to Starship and then land near the moon’s south pole and stay on the surface for about a week.

SpaceX has launched a series of Starship prototypes from its site in South Texas to an altitude of about six miles to show how it would belly flop after re-entering the atmosphere to slow down and then land vertically. In May, after four failed attempts, one of the prototypes landed successfully. SpaceX is aiming to launch the first orbital flight of a Starship in the coming months.

The goal of returning astronauts to the moon was revived during the Trump administration. NASA officials then, and now under the Biden administration, have insisted that the objective this time is not itself the end but the beginning of larger human explorations of the moon, and eventually farther out into the solar system.

With Wednesday’s announcement, NASA is trying to turn that hope into a continuing program.