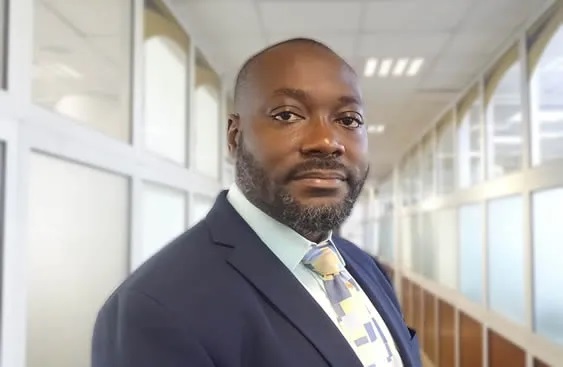 Ahweneeh Danquah takes over from K K Sarpong, who will step down this week as GNPC’s chief executive officer after serving for five years.

He will be taking over from Kofi Koduah Sarpong, who is due to step down this week as the chief executive officer of GNPC after serving in the role for five years.

Dr Sarpong’s contract expired earlier this year but he gracefully agreed to stay on for an extended period to oversee the handover to a new CEO.

“The board, with the backing of the president (the appointing authority), has decided on Opoku Ahweneeh Danquah, who is the most competent person for the job, especially with his multinational global experience in the energy sector,” a source knowledgeable about the appointment told Asaase News.

“Dr Sarpong’s insightful decision to make him deputy chief executive in charge of technical operations in 2020 undoubtedly helped pivot Mr Danquah to the top spot, due to his diligent execution of GNPC’s core operations,” the source also said.

The sector has a dire need to maximise its use of the country’s little-exploited oil and gas reserves at the very moment when “the West” has begun calling for an energy transition to renewables.

Danquah has over 18 years of experience in strategy across multiple businesses, with most of his focus in, but not limited to, oil and gas. He joined GNPC from Vallourec, where he managed the North American strategy, development and innovation team.

Before this, Ahweneeh Danquah held senior management positions at BHGE (Baker Hughes) and General Electric. Prior to that, he was on the advisory board and also the global strategic marketing manager for Schlumberger’s upstream consulting arm SBC.

Interestingly, this was the consultancy that put in place GNPC’s current operational framework, post-Jubilee oil production. Danquah also held a director role at Hart Energy, where he helped to establish the firm’s consulting and research group.

He is the author of various industry publications, and holds a Bachelor’s degree in economics from Middlebury College in the United States, with a minor in French.

He is an alumnus of Presbyterian Boys’ Secondary School (PRESEC, Legon), and represented the school in the National Science and Maths Quiz (NSMQ).