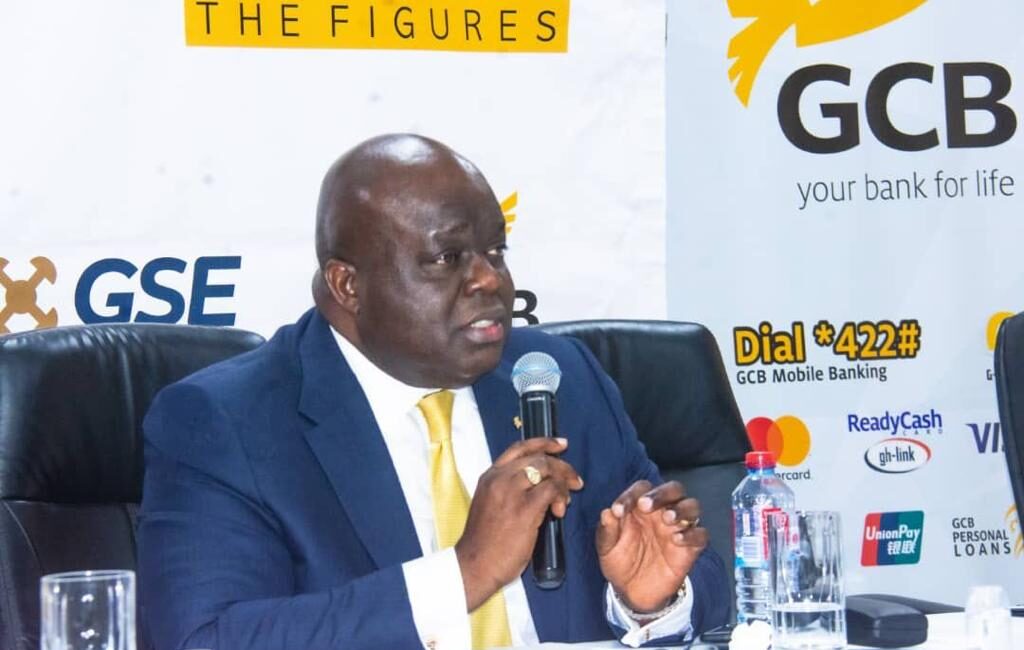 The Managing Director of GCB Bank PLC, Kofi Adomakoh, has explained that the Bank’s stellar performance in the year 2021 is a testament that the Bank’s ambitious strategy aimed at dominating the market is on course.

GCB Bank posted impressive financial results with profit before income tax increasing by 34 per cent in 2021. 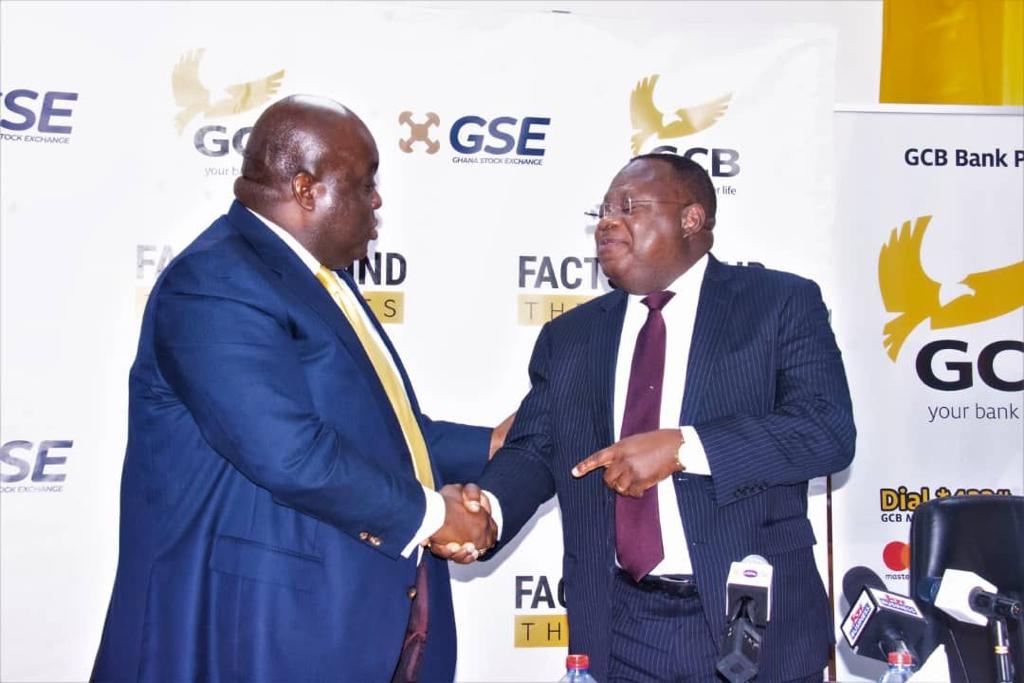 In his opening remarks at the Facts Behind the Figures programme organized by the Ghana Stock Exchange, Mr Adomakoh stated that the Bank’s strategic ambition is to be the dominant player in the market and the best by every measure anchored around three strategic pillars of revenue growth and profitability, operational excellence, people and talents.

Mr Adomakoh explained that the advent of Covid-19 highlighted the need for the Bank to accelerate the execution of its strategies and plans. 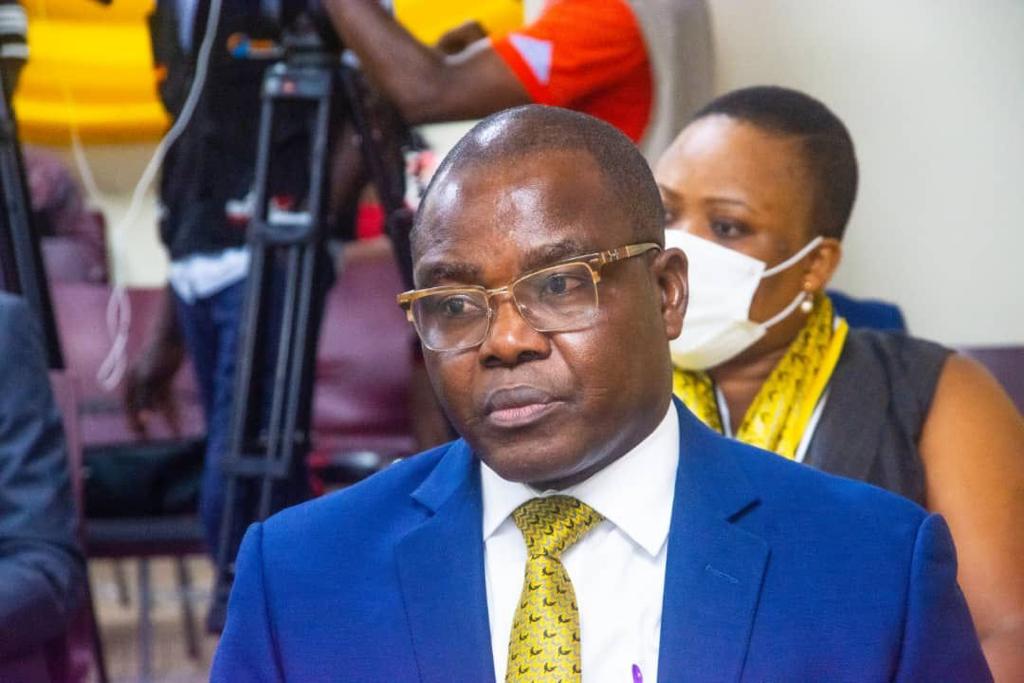 “Prior to the advent of Covid, the banking businesses had been disrupted by technology, but Covid also shocked the bank into accelerating the execution of its strategies and plans,” he stated.

“Therefore, the bank has revamped its technology, improved its human resources, and strengthened organizational rigour,” he added.

Mr Adomakoh also explained that the Bank is also seeking to improve its performance in the wholesale and corporate banking segment by deepening the bank’s share of the wallet. 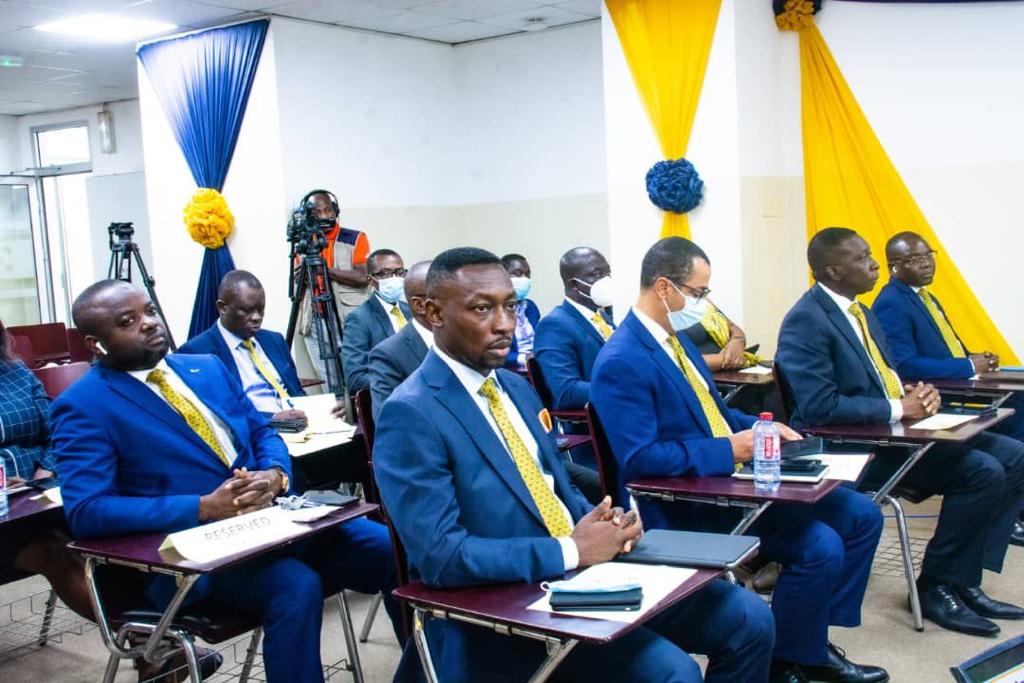 On people and talents, Mr. Adomakoh explained that the bank has restructured, improved its human resources, and also brought in critical human resources to execute key elements of its strategy.

“The banking landscape has evolved and GCB’S grand agenda is to deliver strong value to its shareholders through excellence in every facet of the Bank’s operations.” He stated. 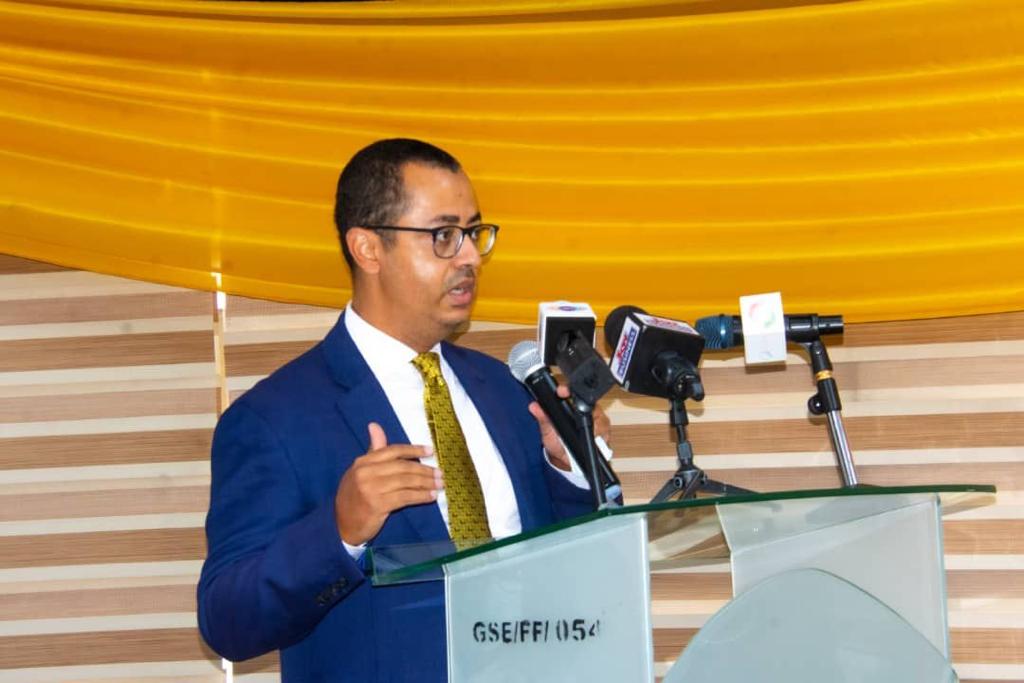 Speaking at the event, Mr Socrates Afram, Deputy Managing Director of Finance, GCB Bank explained that an integral part of the bank’s performance was driven by real growth in the bank’s deposit base.

“The profit performance was achieved on the back of strong balance sheet growth underpinned by customer deposits growth. Deposits growth funded increased investments in earning assets like Investment securities, loans and advances and interbank placements which generated the required interest income to boost revenue.” He stated. 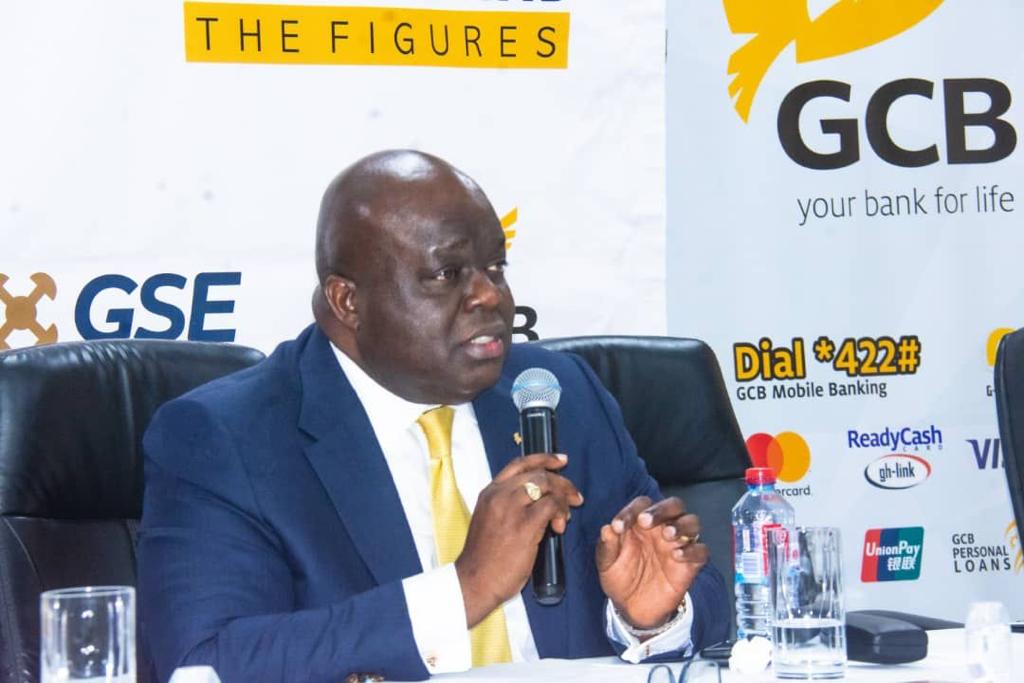 “Aggressive recovery efforts also helped in releasing suspended interest into income from recoveries made on non-performing accounts” he explained.

Mr Aframadded that one of the cardinal approaches to GCB Bank’s strategy was to “digifirst” and as such a business optimization unit was set up to identify redundancies and identify all processes that can be digitalized to make the bank nimbler and more responsive.

Explaining other factors that accounted for the bank’s performance, Mr Afram explained that the bank conducted detailed segmentation to re-align products and services to meet customer needs, expansion of the loan book and the development of robust digital platforms to deliver superior value. 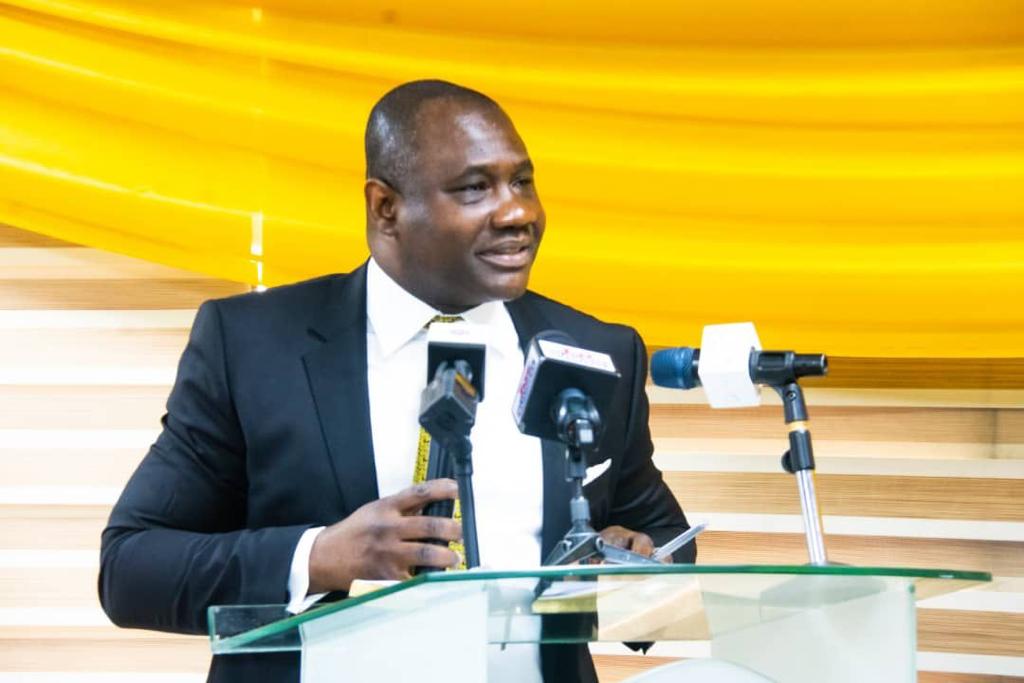 Mr. Afram added that going forward, the bank will strengthen the credit underwriting processes and vigorously monitor and pursue customers for credit facilities granted to ensure they perform under the credit terms to significantly reduce impairment and Non-Performing Loans (NPLs). 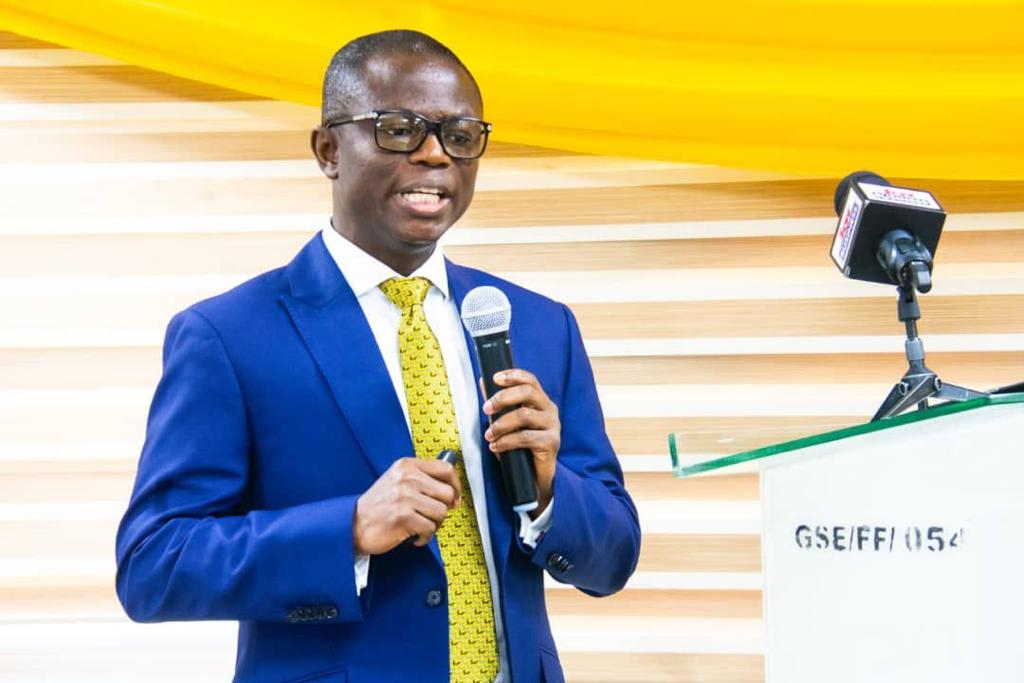 The Managing Director of the Exchange, Ekow Afedzie, described GCB as the most liquid stock of the GSE.

He said GCB Bank since listing on the Exchange in 1996 has contributed immensely to the development and growth of the Exchange. 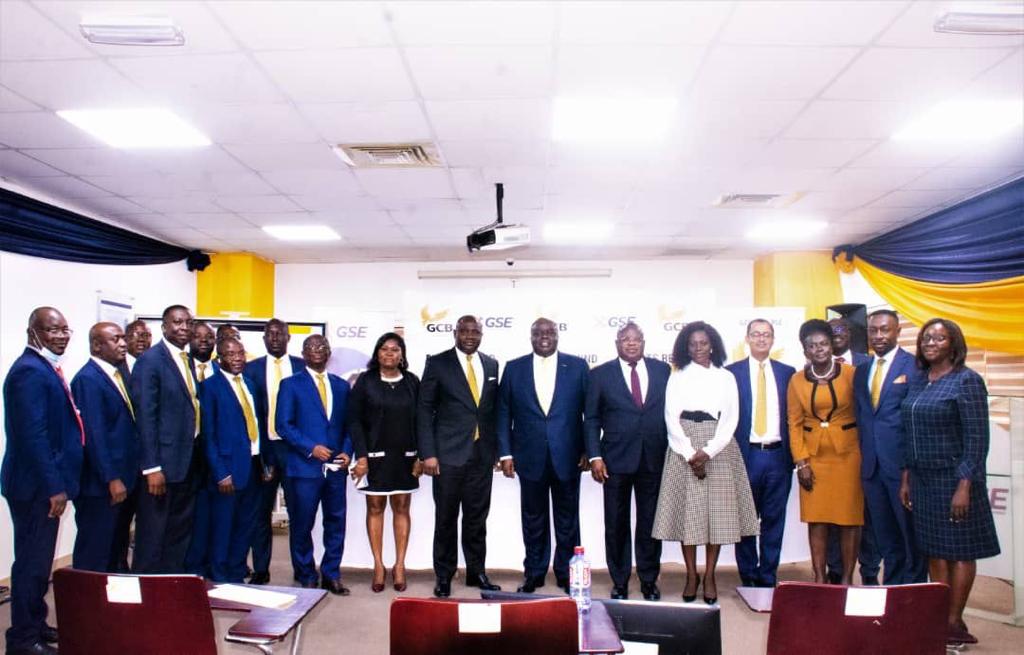 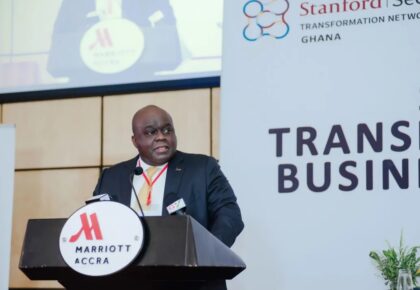